Dental caries: Malocclusion of teeth will often make some teeth hard to reach and clean. This reality supports fast bacterial grow of the affected teeth, which causes the development of dental caries.

Psychological issues: Moderate or severe malocclusion can cause an abnormal appearance of the face. The abnormal appearance, or crooked teeth can make a person feel inferior, resulting in a loss of self-confidence and self-esteem.

Speech problems: There could be difficulty in speaking clearly. Lisps may develop. And again, this can have an adverse effect on confidence.

Other health problems: Malocclusion can cause difficulty and discomfort when chewing or biting. It can also result in frequent biting of the tongue and inner cheeks, which everyone knows is uncomfortable. There are even some reports of respiratory problems, like difficulty breathing, due to this condition.

The primary cause of malocclusion is said to be hereditary. Those with a history of malocclusion in the family are advised to have their family members examined early, so that the condition can be properly managed.

Here are other some possible reasons for malocclusion:

a. Habits such as using a pacifier and thumb sucking, especially after the age of 3.

b. Medical conditions such as cleft lip and palate.

c. Continued use of bottle-feeding after 2 years old.

d. Injuries that led to the misalignment of the jaw.

f. Tumors in the mouth.

There are 3 classes of malocclusion:

Class 1: The most common of the 3 classes is when there is a slight overlap of upper teeth from the lower teeth.

Class 2: There is severe overbite.

Class 3: There is severe under bite. The lower teeth overlap the upper teeth and jaw.

a. Braces: straighten the alignment of the teeth.

b. Removal of teeth: corrects overcrowding of the teeth.

c. Reshaping of the teeth.

d. Surgery to the jaw: reshapes or shortens it.

e. Plates or wires in the jaw: stabilizes the jaw.

It is more difficult to correct this dental problem in adults. Early diagnosis and treatment is best. Therefore, oral care and dental visits should start as early as possible. 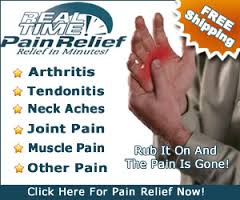